It was one of the best feelings ever to see a room full of hands go up in favour of the motion to change bank accounts from RBS last night. All the anticipation and worry about presenting the motion at our Student Representative Council (SRC) meeting melted away.

It’s not like it was an easy decision for the SRC to change the Student Association bank account from Tar Sands funding RBS to a greener alternative. The motion was contentious, and met criticism from a part time RBS employee and a geology student, admitting to be a potential oil company employee. After a long debate, it was clear to most members that the Students Association needs to “put its money where its mouth is”, something our Student Association President, Patrick O’Hare, strongly believes in, and to stand up against the Tar Sands and the devastation they are causing to our planet
and its people.

The motion will be taken to the Students Association board in March after the financial managers have done some research into more ethical banking. I hope that they will see the symbolic significance of making the change, as well as the importance of the UK wide shift from RBS, in favour of the financial risks.

So, now St Andrews Students Association is on its way to becoming ‘Tar Sands Free’, and I am very proud to be represented by such an institution. I am optimistic that other Students Associations can also change, which will empower young people across the country to lobby RBS to withdraw its investments from oil companies working in the Tar Sands and make a transition towards renewable energy investment! 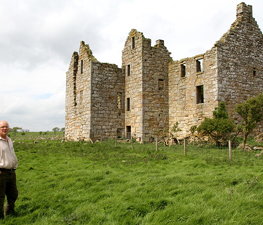