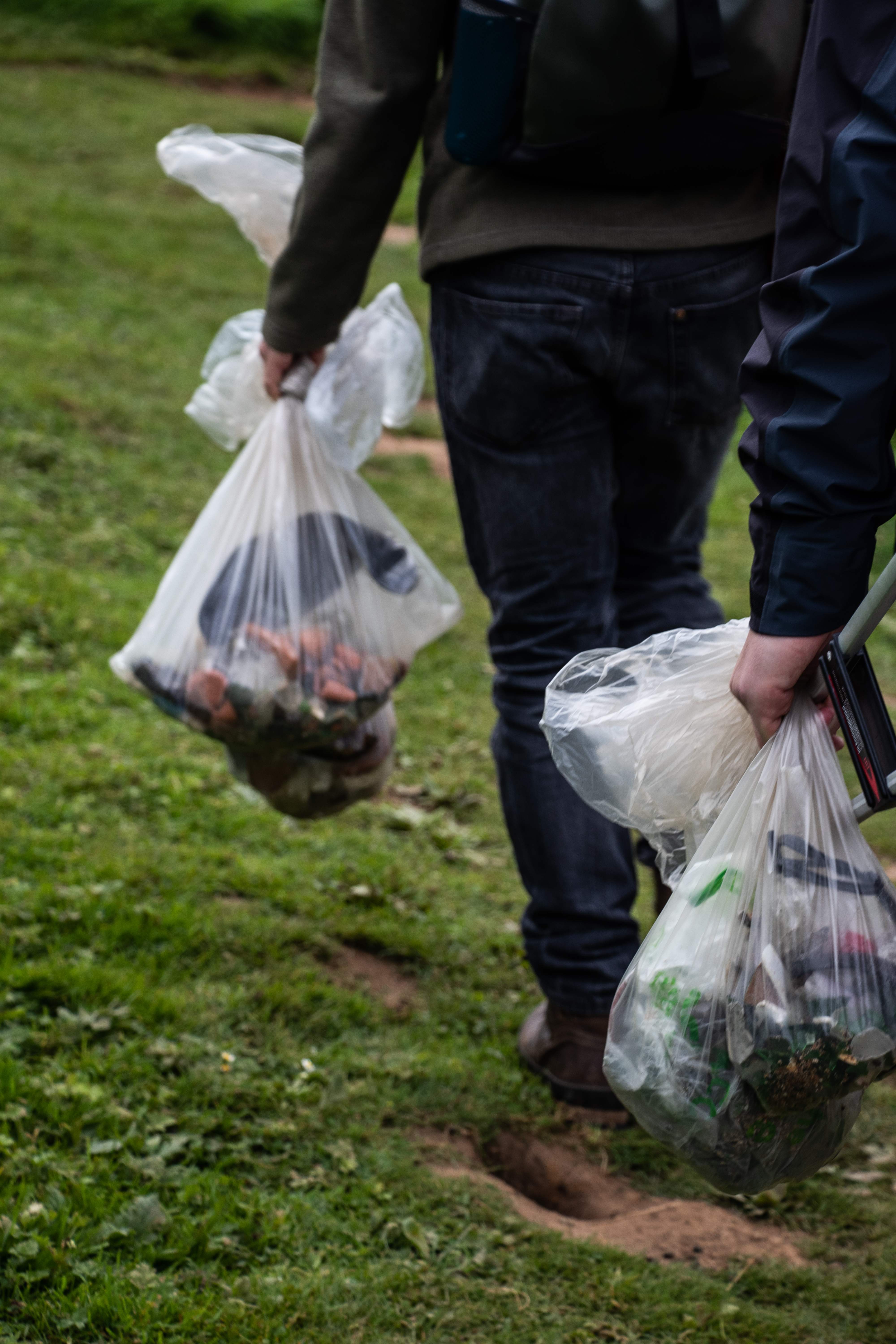 The rain held out and the sun subtly hid behind the blanket of cloud that hovered above. This set the scene for the third year of St Andrews participation in the UK-wide Great British Beach Clean.

A group of some 15 people gathered by the East Sands Toastie Shack before making their way down the Coastal Path for Maiden’s Rock beach. We broke into smaller groups of two to four people to cover sections of the beach. It was a pleasant sight to see that by many beach clean standards, this beach wasn’t marred with pollution. Plenty of sea glass and the occasional bit of plastic waste was all swept up with no stress.

The day was captured beautifully by Hannah Bryson, a student at the University. Her keen eye for exceptional photography gave us a beautiful way to remember this lovely afternoon. Hannah’s camera was seemingly always pointed in the right direction, even to capture one of the few moments when dolphins were spotted no more than 20metres off-shore. Everyone stood still awestruck by this moment. Some would say its all the more reason to come along to a beach clean with us!

Our afternoon was concluded with toasties and coffees at the Toastie Shack. With kids heading straight to the playground, a Herring Gull knicking half of Sam’s (a volunteer on the day) sandwhich, and the caffiene giving people a hearty new release of energy, the event was seen through with plenty of smiles. Even for the cheeky Gull.

Interested in beach cleans or the Plastic Free St Andrews campaign? Don’t hesitate to get in touch with us or join our FB group