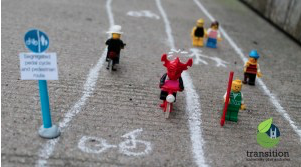 Throughout July I have been interning with Transition on the East Neuk Shared Use Path project. My main focus has been promotion, as at this stage in the project it is key to get as much of the local community involved as possible, in order to attract the attention of local councillors and include larger bodies such as Fife Council.

The first step was the creation of a specific webpage for the project, as previously there was not a lot of information that was easily accessible and all in one place regarding the path, meaning it was difficult to find out about the project. We wanted the webpage to be quick to navigate to and contain information about why we need the path, the objectives of the project, the steering group, next steps as well as contact information and a map.

There was already a small dedicated Facebook group for the project, however it contained very few members. In order to increase membership and exposure to the project a social media campaign has been started, currently with two posts per week going up on the Transition Facebook and Twitter pages. Posts are focused not only on the progress of the project but also the local and global benefits increased cycling and walking can bring. Posts often link to the website or Facebook group and have already been successful in widening support for the project.

The steering group will be key in demonstrating community support for the project as well as being an autonomous force that can help move the project forward. During August, posters, social media posts and newsletter pieces will go out to advertise the next steering group meeting on August 24th. This should encompass people along and around the route.

The final step for me has been to produce a one-page document summarising the project, which can be given out as hard copies at external meetings and events. This will largely target members of the public who aren’t currently involved with Transition or following Transition’s work. The next step is to apply for funding that will allow us to plan a fully designed and budgeted route, and then move onto funding applications for construction.

For more information about the project you can visit the webpage here.