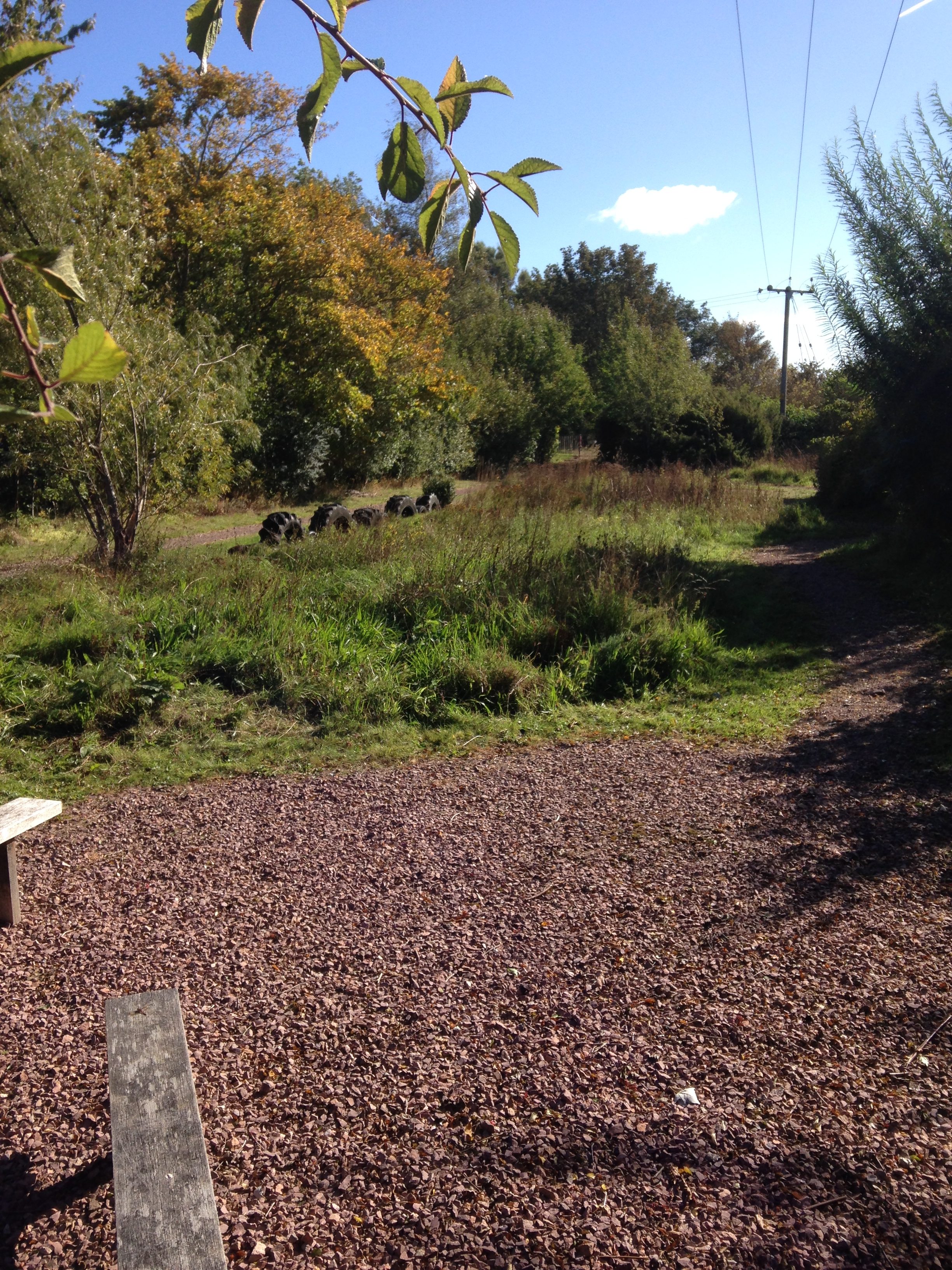 There have been big changes at the Guardbridge community garden since a team of dedicated volunteers have been meeting up most Friday’s from 10-12noon (and some of them visiting between sessions).

One of the most obvious changes, as you walk into the garden, is the management of the central meadow area. In the UK, meadows have been estimated to have declined by 97% since the 1930s. The main method of managing a meadow is by introducing an annual end of summer cut (traditionally by scythe)  allowing the flower seed to fall as the hay is left to dry, then removal of the hay (grasses and wildflower seed heads) to keep the soil with fairly low fertility. This provides seeds for the next year’s flowers, plus the poorer soil allows those flowers to compete against nitrogen-hungry thugs like nettles (nettles have their place, but it’s not in a meadow). 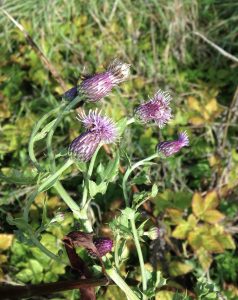 Ranger Ranald from the Fife Coast and Countryside Trust has been a fantastic help keeping the pathways and area around the stage strimmed, allowing for natural growth in the central area.

Our first job was to remove all the thistle seed heads, as these plants were becoming quite invasive and dominating the area. That more or less filled the first compost bay we had built. So we* built another pallet compost bay beside the first- reusing (slightly damaged and headed for waste) pallets from the Eden Brewery.

The Guardbridge Community Council have been very supportive of the work we are doing at the Community Garden, and the chair, Bill Wilson, organised the loan and use of a strimmer to do the annual end of summer cut of the meadow plants. By the time we had completed the cut and chopped up all the plant material taken off the area we were on to our third compost bay. There will be lots of good compost for next year especially as we are turning the compost heaps regularly.

While there is a variety of native plants already in place in the meadow area, including Bird’s foot Trefoil, perennial knapweed, sorrel, self heal, and many others, we were lucky enough to have been donated seed from some native meadow flowers. Including the three listed below (follow the links if you want more information on any of them).

Yellow rattle: is actually a parasite of some grasses, which reduces the growth of the grass and allows the wildflowers a chance to compete

Marsh Orchid: the seeds are tiny, and we’ve scattered several hundred, hopefully some will germinate, though it may be a while before the plant is big enough to flower.

I’m looking forward to see how the meadow develops over the next year, with the continuing support from our Volunteers that is making this possible. Everyone is welcome at the sessions, which run most Fridays 10-12 noon, check on Transition Events for variations.

(* Mike, one of our volunteers)