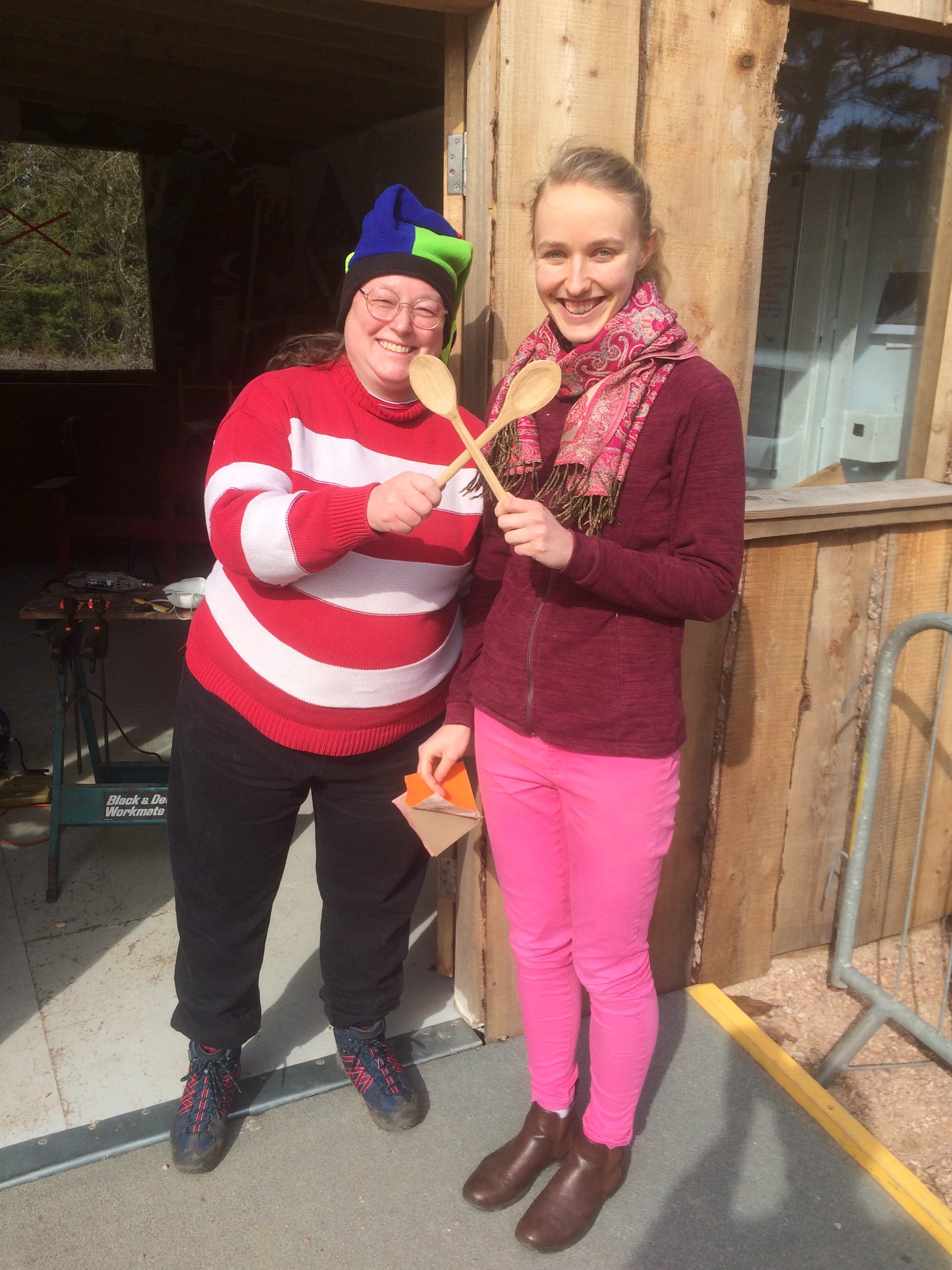 Tool Share has taken off over the last six months, due, mainly to exposure on the Transition St Andrews Community Tool Share Face Book site, which now has 150 members, but also due to adverts in the local newspaper and the creation and distribution of advertising beer mats around St Andrews.

This has had a strong positive effect on both membership numbers and the amount and frequency of tools loaned. In addition, Tool Share has combined with Tansy’s Skill Share membership to advertise to run weekly courses on the uses of various tools. Here folk from the St Andrews community at large get an opportunity to make and take home items such as a routed sign or wooden spoon, and, by so doing, learn how to proficiently use power tools such as the router, jig saw and Dremel multi-tool. This is not only enabling, giving folk the confidence to make something useful, but is also about sharing, learning new skills and saving a lot of carbon along the way, which gives an added ‘feel-good’ factor. Whatever the product, the ‘I made this myself’ feeling cannot be over-estimated.

In addition, the vast majority of people doing these courses are female and either never had a chance to try power tools, as it was previously seen as ‘a man’s domain’. This is great to see!

Because this period covered the autumn harvest, both dehydrators were out on loan continuously, with apple rings, watermelon, kiwi fruit, tomatoes, oranges and even persimmons dried for consumption and for Christmas decorations.

During this period a number of tool donations were made, particularly from people downsizing or folk clearing out the shed, with items like garden shredders, lawnmowers, strimmers, hedge trimmers, mobile work benches, jig saws, power drills, loads of hand tools and even a bench band saw. With the last of the tool share budget, some essential tools were purchased including a cordless reciprocal saw, a router bit set, a random orbital sander, a sheet sander and a bike maintenance kit. This has expanded the Tool Share inventory considerably and we now around 110 appliances, tools and implements, offering a wider range to members.

From the beginning of November till the end of March 54 items went out on loan, spread among 27 community Tool Share members. The most popular tools taken out were the Dremel multi-tool, 25m cable reel, belt sander, orbital sander, jig saw, power drill and drill bit set (3 loans each), followed by the dehydrator, maslin pan (for making jam) and hand saw. This reflected usage both in the skills share courses as well as take home usage including food drying and jam making.

In total, 336kg of carbon were saved during this period, November till March. Most of the savings was from the repeated use of heavy electrical items, such as the power saw, belt sander, electric mower, orbital sander, Karcher pressure washer and other frequently used electrical items like the power drill/driver, which was almost as much as for the first six months of last year.