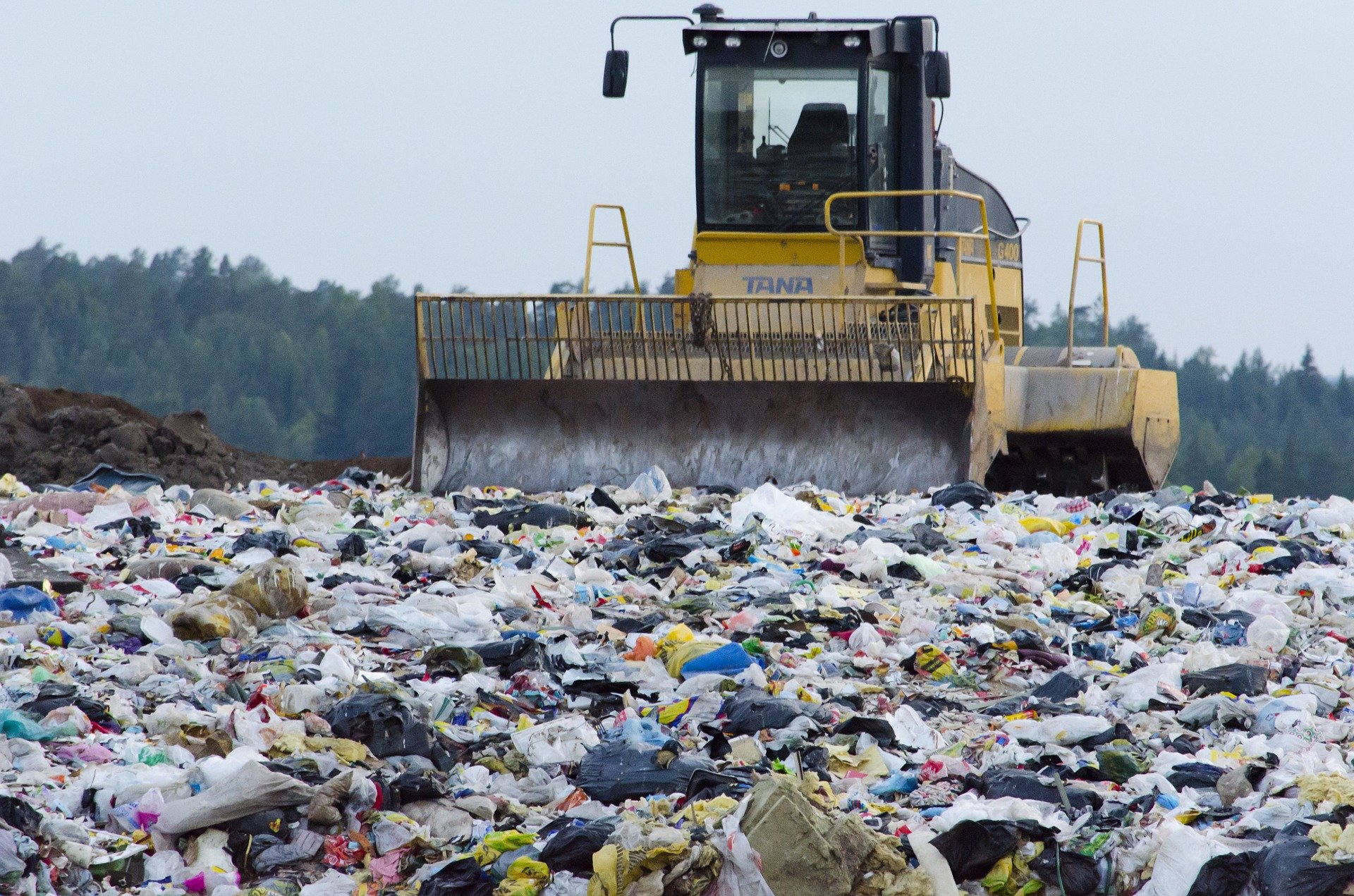 We all try to do our bit for the planet, so when it comes to household plastic, we religiously wash out our milk and other containers and put them in the green Fife Council wheelie bin, safe in the knowledge that it will be responsibly recycled. Wrong! After importing more than 45% of the world’s waste plastic, China stated that it had enough of its own plastic mountain, so was not going to import any more plastic waste from the West (Cole, 2017; Parker & Elliott, 2018). This move caught a lot of councils short, but with Scotland’s new target to recycle 70% of its waste by 2025 with only 5% to landfill, Fife Council set its own target of zero waste to landfill sites by 2020, which is highly ambitious, particularly as it is looking to the private sector to help and it takes time for entrepreneurs to become established to fill this glaringly obvious void (Fife Council). There was even talk of stockpiling or burning plastic waste until a solution could be reached. Most of this western plastic waste was then diverted to other Far Eastern countries like Malaysia, Thailand, Vietnam and Indonesia, but this soon reached saturation point (Parker, 2018). Malaysia has now put the brakes on importing plastic waste and has started sending it back to the source countries; 42 containers were recently sent back to the UK (Sky News). In a nutshell, the west (Europe and America) have solved their plastic waste problem by exporting it. Is it not time we took responsibility for our own waste?

Now here’s the thing, plastic is actually quite valuable as it is made from oil which is imported and expensive and it is also extremely versatile and can be moulded into practically any shape, hence its universal appeal. The plastic recycling sector is worth a massive estimated $200 billion globally (Parker, 2018). Our modern world would be very different without it; from ballpoint pens to packaging and 3D printing to car bumpers. As a material it is widely used in the medical and health industry, construction and building, transport (cars and aeroplanes) computers and IT, packaging and sport gear (Chemical Safety Facts). It can also be recycled, that is, melted down and reused, so has an intrinsic value. But with oil as a commodity in decline, especially with the Climate Crisis and Paris Agreement targets, and the widespread plastic waste in the worlds oceans as highlighted by Sir David Attenborough’s ‘Blue Planet’ programme, its future use needs to be examined critically and sustainably rather than being treated as effluent. A million plastic bottles are made every minute (Layville and Taylor, 2017) while $180 billion has been invested in plastic factories globally which feed this plastic problem (Taylor, 2017). This incredible investment seems disproportionate until you realise that it is being driven by both Shell Chemicals and Exxon Mobile Chemicals who, of course, have a vested interest in fossil fuels. It is no wonder then that eight million tonnes of plastic enter the oceans every year (Iles, 2018). The Great Pacific Garbage Patch in the North Pacific Gyre is a floating island of plastic waste of an estimated 43 000 tonnes which consist of large pieces like plastic rope and bottles to microplastic particles (Wikipedia). Ironically, the source of most of this plastic waste is from Pacific Rim countries, mainly China, Vietnam, Indonesia, Philippines and Thailand (Parker, 2018). The biggest problem is that plastic ends up in the stomachs of turtles, whales, dolphins and sea birds and it has been estimated that by 2050 the oceans will contain more plastic than fish (Wright, 2017). Worse still the big pieces are constantly being broken into smaller and smaller particles through ultraviolet light degradation and attrition and are being ingested by plankton feeders who do not benefit nutritionally from plastic and are, in addition, subjected to organic pollutants such as DDT, PCB’s and PAH’s. Oceanic microplastic are estimated to outnumber plankton by a factor of 6 to 1 (Less Plastic). Even closer to home, both aerial and boat surveys have revealed the widespread extent of plastic pollution along the Scottish coastline (Scott, 2019).

But what can we do about it?

Despite, the recycling symbol having been in circulation for over 40 years, a mere 14 percent of plastic packaging is actually collected, with a scant 2% being completely recycled, so what can we do? Although it would seem to be an insurmountable problem, we, as individuals can do a lot to lower our plastic input. Iles (2018) has suggested several ways we can help; by recycling packaging, petitioning our local supermarkets to have plastic free isles, especially for fruit and vegetables which are wrapped in a bewildering array of single use plastic packaging, supporting beach cleans and by using your own compostable cellulose-based Vegware or Keep Cups made from bamboo. In addition we can lobby big companies like Coca Cola, Pepsico and Nestle to produce less PTFE plastic bottles, as this is one of the main sources of plastic pollution (Chalabi, 2019) or start a petition through social media. Collectively our voices can be heard. In the meantime, we could follow Norway’s lead where they have reverse vending machines which take back empty plastic bottles and give you cash or credit in return (Ross, 2018). Other countries to implement this scheme are Scotland, Germany, Croatia, Estonia, Sweden and Finland. You could also support initiatives like the New Plastics Economy Innovation Prize, introduced by the Ellen MacArthur Foundation in 2017 (Ellen was appalled by the amount of plastic in the ocean as she sailed single-handed around the world) and the Prince of Wales’s International Sustainability Unit (Prince Charles has long been outspoken about environmental issues) to find sustainable packaging alternatives. The Circular Materials Challenge is also hoping to make all plastic recyclable or compostable, as presently plastic film and polystyrene cannot be recycled and ends up in landfill.

But recycling plastic is complex, as it is notoriously diverse, with the common types being Type 1 (PTE, polyethylene terephthalate) used in water, oil and juice bottles; Type 2 (HDPE, high density polythene) used in milk, laundry liquid and detergent bottles; Type 3 (PVC, polyvinyl chloride) used in food trays for vegetables and sweets and wrapping foil; Type 4 (LDPE, low density polyethylene) used for shopping bags and wrapping plastic; Type 5 (PP, polypropylene) used in furniture, luggage, bumpers, toys; Type 6 (PS, Polystyrene) used in hard packing, toys and Type 7 (other plastics including polycarbonate, acrylic, nylon and fibreglass). This variation makes it hard to recycle as they melt at different temperatures, so for example Types 1 and 3 cannot be processed together and milk bottles (Type 2) and yoghurt pots (Type 5) are equally incompatible. Where labour is cheap, different types can be separated by hand, but machinery has now been developed which uses x-rays, infrared and colour detection, which is far more efficient (Thomas). The answer to this plastic dilemma lies in the Circular Economy (recycle) rather than a linear economy (make, use, discard), so that plastic can be properly and efficiently recycled. In this regard Exeter Council are showing the way forward with their plastic recycling as they have never sent their waste to China or Malaysia; instead they process it locally into six types of high-quality plastic which are sold to reprocessors both in the UK and the EU (Exeter City Council). The council and the local tax payers are now seeing the benefit of this in the local circular economy.

Waste plastic is also now being used to make roads (The Evolving Planet). Normally bitumen is used which is also derived from oil, but these new roads are 60% stronger, are quicker to lay and last three times longer, while saving on carbon dioxide emissions. Chennai in India was among the first places where plastic roads were trialled with 1000km of roadways in 2004, while MacRebur, a Locherbie-based Scottish company, is now using a mixture of polymers and asphalt to make more durable roads without microplastics (Wikipedia). This technology is now being used elsewhere, such as England, The Netherlands, Australia and the US (Dickenson, 2018; McCarthy, 2018).

Globally, clearing oceanic plastic has vastly improved recently with boom collection (Howarth, 2018; Boffey, 2019), but we need to stem the source of this problem by producing less plastic in the first place and recycling what we already have in circulation. We could start by refusing to buy anything sold in plastic wrapping or containers. It has been estimated that well over half (800000 tonnes of plastic out of 1.5m tonnes) of all UK domestic plastic waste comes from supermarkets (Layville & Webb, 2018). This is enough to fill a line of skips from London to Sydney. Some manufacturers are returning to glass containers instead of plastic, like some dairy farmers who are supplying and delivering organic milk to the door daily (Mills Milk) and this should be supported as local produce consumed locally is part of the circular economy.

Plastic has only been around for the last 50 years, which geologically is a blink of the eye and yet is already in terrestrial deposits and marine sediments in what are termed ‘technofossils’ (Zalasiewicz et al., 2016). I remember growing up in a plastic-free society, it was great! But now that plastics have been developed and have numerous applications which benefit modern life, we must treat it as a resource to be productively used and recycled, and not as a waste product.

Cole, C., 2017. China bans foreign waste – but what will happen to the world’s recycling? https://www.independent.co.uk/environment/china-foreign-waste-ban-recycling-a8011801.html

Howarth, 2018. The Ocean Clean up dispatches “giant Pac-Man” to remove plastic from the Pacific. https://www.dezeen.com/2018/09/11/ocean-cleanup-system-001-remove-plastic-great-pacific-garbage-patch/

McCarthy, J., 2018. The first road made from plastic waste was just finished in the US. https://www.globalcitizen.org/en/content/plastic-road-california-environment/

Ross, C. 2018. Norway Has Perfected Plastic Recycling; Here’s what the UK can learn from them. https://www.huffingtonpost.co.uk/entry/norway-has-perfected-plastic-recycling.

The Evolving Planet. Plastic roads: Paving our way to a greener and greater future. http://www.theevolvingplanet.com/countries-paving-forward-plastic-roads/ 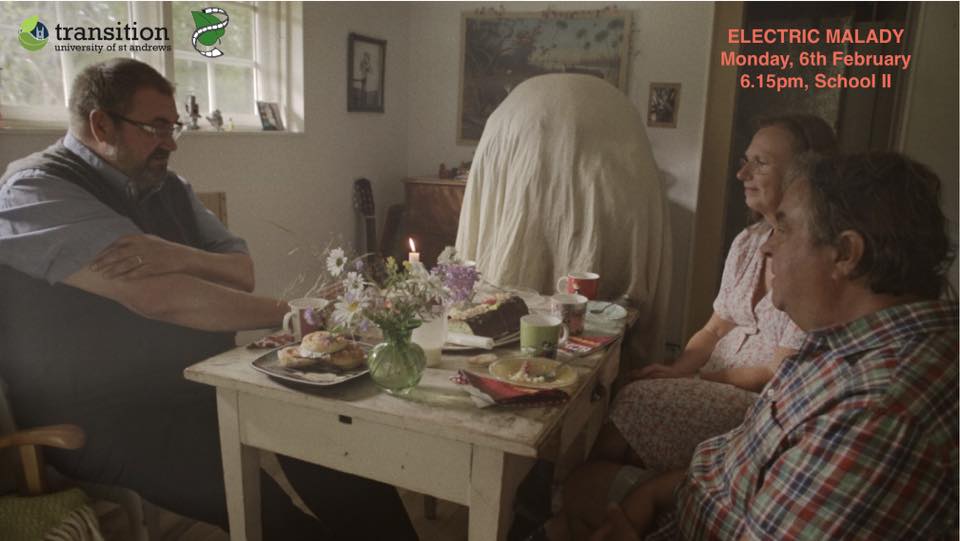