A Transition Vision of a St Andrews Hub of Resilience 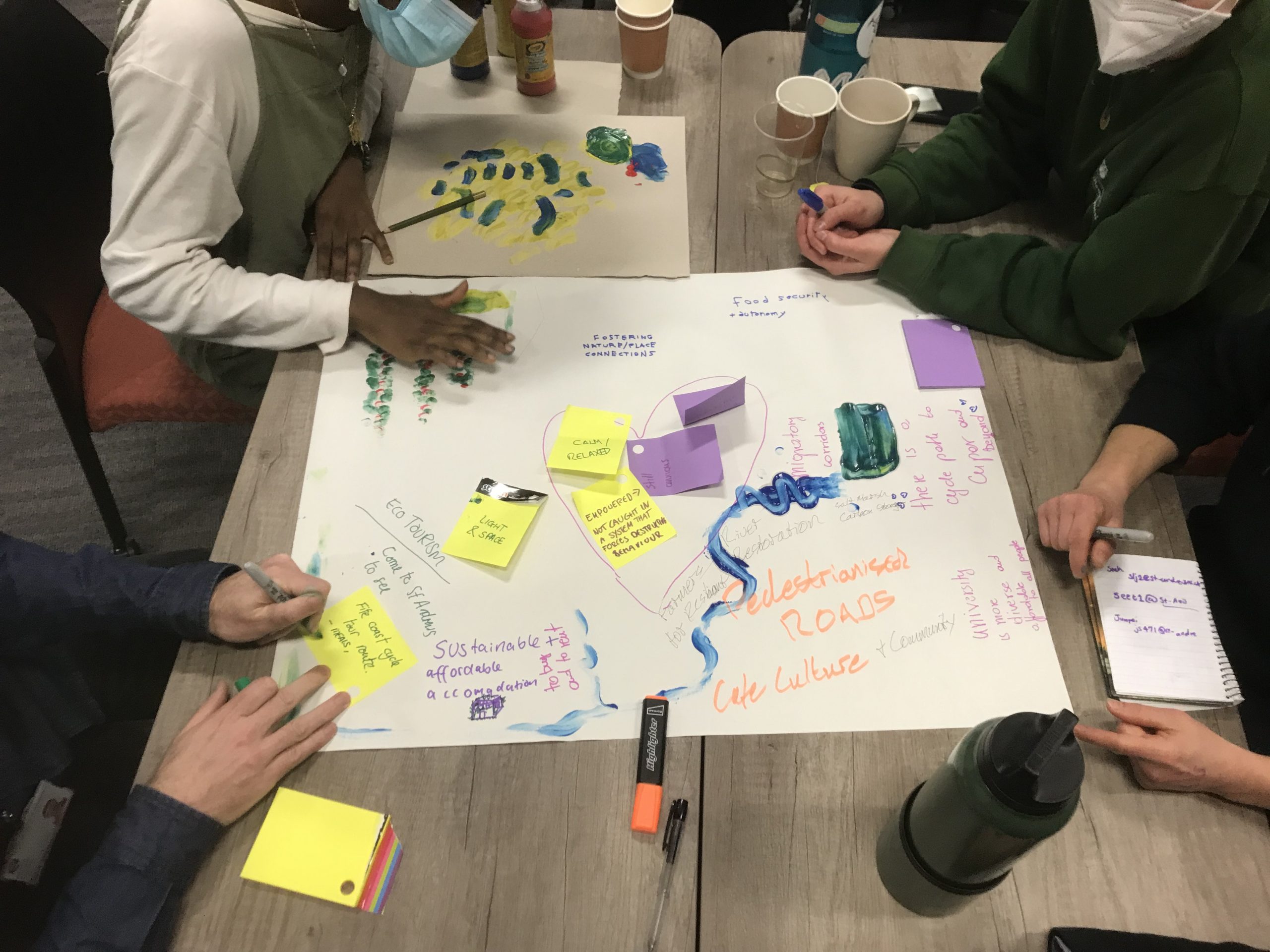 It was an evening of creativity, imagination and community joined by over 30 people. On top of voting in the new Transition steering group and CIC board, we ran a workshop inspired by the Transition funded, London-based project, HubRen.

The project is a mobile pop-up Hub of Resilience on a cargo bike filled with interactive activities, resources and artwork to bring people together and map our way to a climate safe and fair future. We were very grateful to have the founder, Amy Scaife, speak about the project and introduce the workshop.

The workshop was split in two parts. The first saw people writing and/or drawing their letters from the future, sharing a vision of what a climate just 2030 could look like. The second was for the groups to design their very own cargo bike hubs of resilience, which could be used to engage the St Andrews community in getting us to that vision of the future. During the activity, the energy was high, the colour was plenty and the visions shone bright!

Thanks to all that joined us. We hope we can take these forward over the next year.