Campaigning for a Stronger Climate Bill! 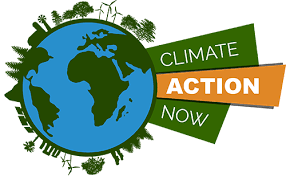 For the climate concerned among us perhaps May 24th of this year will be better known for the Scottish Government’s delivery of the Climate Change Bill to Scottish Parliament. This Bill has been flagged up by a coalition of climate action groups called Stop Climate Chaos Scotland (SCCS), whose chair, Tom Ballantine, has marked it as a “fail[ure] to ally with global momentum towards zero emissions”.

How you ask? Well the problem lies in the fact that recent years has seen Scotland politically laid down big ambitions for zero waste and zero emissions, and then through this Climate Change Bill, fallen short of them. Scotland will lead in being one of the first countries to become zero emissions is a statement that has been voiced by the Government. However, in the Bill they have capped their ambition at an emissions reductions of 90% by 2050. According to the SCCS, the Government has already disregarded the voices of some 19,000 people in support with a target of zero emissions of 2050. With such an aim the COP21 Paris Agreement can’t be delivered.

To many this divide between preach and policy is a sure thing of concern, and subsequently in need of addressing. Now, lead by SCCS, many groups around Scotland are helping lead the campaign to call the Government out and call for greater action.

To find out more about what the SCCS are pushing for and how you can get involved click here, Climate Coalition.