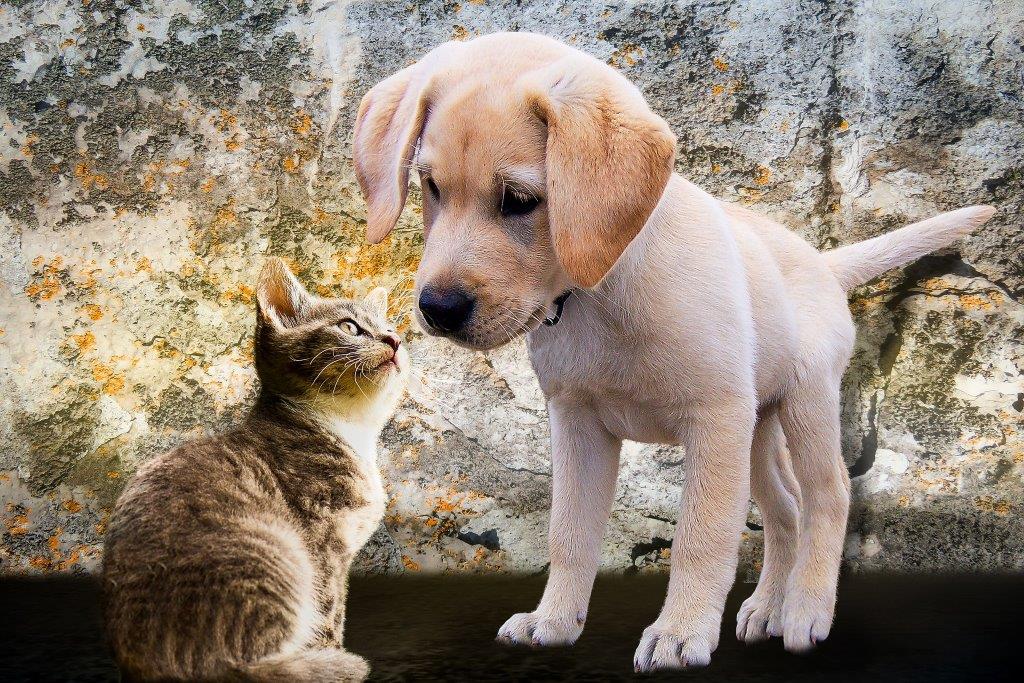 Pets have co-evolved with mankind for thousands of years. Domestic dogs were thought to have evolved from domesticated grey wolves in the Middle East around 15 000 years ago. Archaeological evidence shows dog bones together with human bones from 14700 years ago, but new evidence from a 35000 year old Siberian wolf bone suggests an earlier date of between 27 and 40000 years ago after the last Ice Age. Although cats were thought to have been domesticated in Egypt around 3100BC, more recent archaeological evidence suggests two separate domestications, one from the African wild cat around 7500 years ago and a second from the Chinese leopard cat roughly about the same time (5500 BC). Today, this relationship between mankind and pet is still very much intermeshed and the global population of dogs and cats is around one billion, with a total of 163m dogs (68m) and cats (95m) in the US in 2017 alone. Here they consume as many calories as 62m Americans, or about a fifth of the population; the equivalent of the population of France, much of which is meat (Okin, 2017). Pets eat about a fifth of the world’s meat and fish, and, in the US dogs and cats are responsible for up to 30% of the meat environmental impact (Breyer, 2017; it takes 24 kilos of CO2to make one kilo of pork and a whopping 1000kg or a tonne of CO2 to produce a kilo of beef). In the UK, 26% of the population have a dog, while 18% have cats (statistica.com), with a population of dogs of around 7m and 7m cats (statistica.com, 2017). World-wide, the pet industry is now worth billions of dollars per annum, with pet care in the US alone worth $25 billion, and this is set to grow to $95 billion, driven mainly by the big pet food corporations.

Many pet owners are blissfully unaware of the true cost of the pet population on the environment. With the exponential increase in global CO2 levels, more attention has recently been focused on just how much carbon our furry friends contribute to this imbalance. In ecological terms, dogs and cats are apex predators, feeding largely on meat, which has a high carbon footprint to produce. In a book on sustainable living published in 2009, Vale & Vale estimated that a medium sized dog has the same carbon footprint, or paw print, twice that of an average sized SUV. Pets are responsible for 64m tonnes of greenhouse gases per annum, which is the equivalent of 13m cars (Okin, 2017). In addition, they produce around 30% of the poop that Americans egest, which leads to 64m tonnes of methane and nitrous oxide greenhouse gasses, which have a twenty fold effect on CO2 on global warming. However, other research by Wynes and Nicholas has independently suggested that the estimation of environmental impact of pets was very variable because it depended on projected CO2 emissions. They compared the paw print of a Jack Russell, a Labrador and a St Bernard and found emissions of between 20 and 600kg per annum; 60 to 1600kg per annum and 90 to 2300kg per annum respectively, due to different estimates of dog food carbon. World-wide, pet ownership is also expanding exponentially, especially in Asian countries including China, India, Vietnam and Thailand. In 2015, China had more than 27m dogs and 58m cats (Su et al., 2018). With increasing prosperity, many pet owners are now moving to gourmet pet food made with higher grade meat and not meat scraps and internal organs from which ‘normal’ pet food is made (The Verge, 2017). In a recent paper by Su et al. (2018) on the dietary ecological paw print (EPP) carbon emissions of dogs and cats in China, it was calculated at up to 7.5m tonnes per annum, with the EPP of just two large dogs being the equivalent of 20 Chinese people. Because Chinese dogs are normally fed on scraps and left over food, they estimated that if they were fed commercial pet food, their dietary EPP would be between 43 and 152m ha/annum, which is the equivalent to the ecological footprint (EF) of 70 to 245m Chinese people! This population size is between Brazil (212m) and Indonesia (260m), which are respectively the fifth and fourth most populated countries in the world! Staggering!

As the obesity problem has also spread to pets, pet owners are increasingly turning to plant-based proteins and insect-based proteins (Greenbiz, 2017). In Holland vegetable waste is being used to culture fly grubs, where a teaspoonful of fly eggs can make 100kg of high protein larvae in a fortnight. According to the Mail-on-Line, compared to using beef products, insect grubs only need 2% of the land and 4% of the water to produce a kilo of protein with 96% less greenhouse gas emissions. Insect based dog foods are already on the market (Yora).

But the environmental cost of pets has to be weighed against the mitigating benefits of having one. According to one poll, 95% of owners consider a pet as part of the family and stimulate mental and physical well-being, through lower stress and increased exercise, by walking your dog in green spaces, for example (Newport Academy, 2018). A recent article in the Telegraph (March, 2019) suggested that an average dog owner got more exercise than a person in a gym, while another study observed that a dog owner walks 870 miles a year, with associated lower stress levels and increased mental well-being (Independent, January, 2019). The world’s biggest pet food company, Mars Pet Care is now only using by-catch and sustainably farmed fish in their products instead of wild caught fish, while more cereal is being substituted to lower the meat content (Green biz, 2015). Wind turbines are now powering all 12 Mars pet food factories in the UK (Infographic, 2016), but carbon emissions remain high (87%), due to the supply chains producing ingredients like rice, beef, pork, dairy, corn and wheat. Perhaps they should switch to insect protein?

Global warming is now about making life choices, whether you drive a car, use public transport, what your family size will be, whether you eat meat, go vegan, avoid dairy, eat local produce, holiday abroad, opt for green energy or whether you have pets or not. It is up to you. Tough choices indeed, but collective individual decisions could help Scotland reach our carbon emission targets by 2025 and beyond. 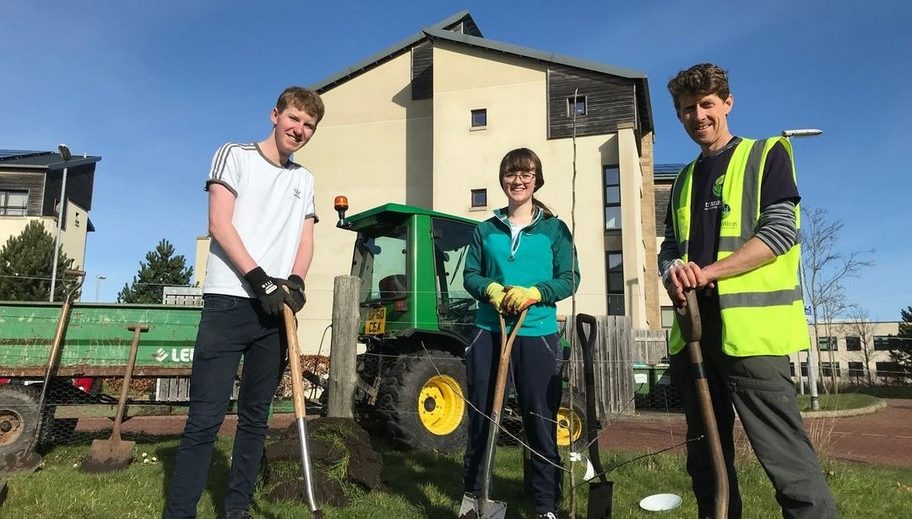 Induction to Transition Internships and Volunteering

The Kernel, Viaduct Walk
Seminar or TalkSocial or Networking EventTraining or Workshop