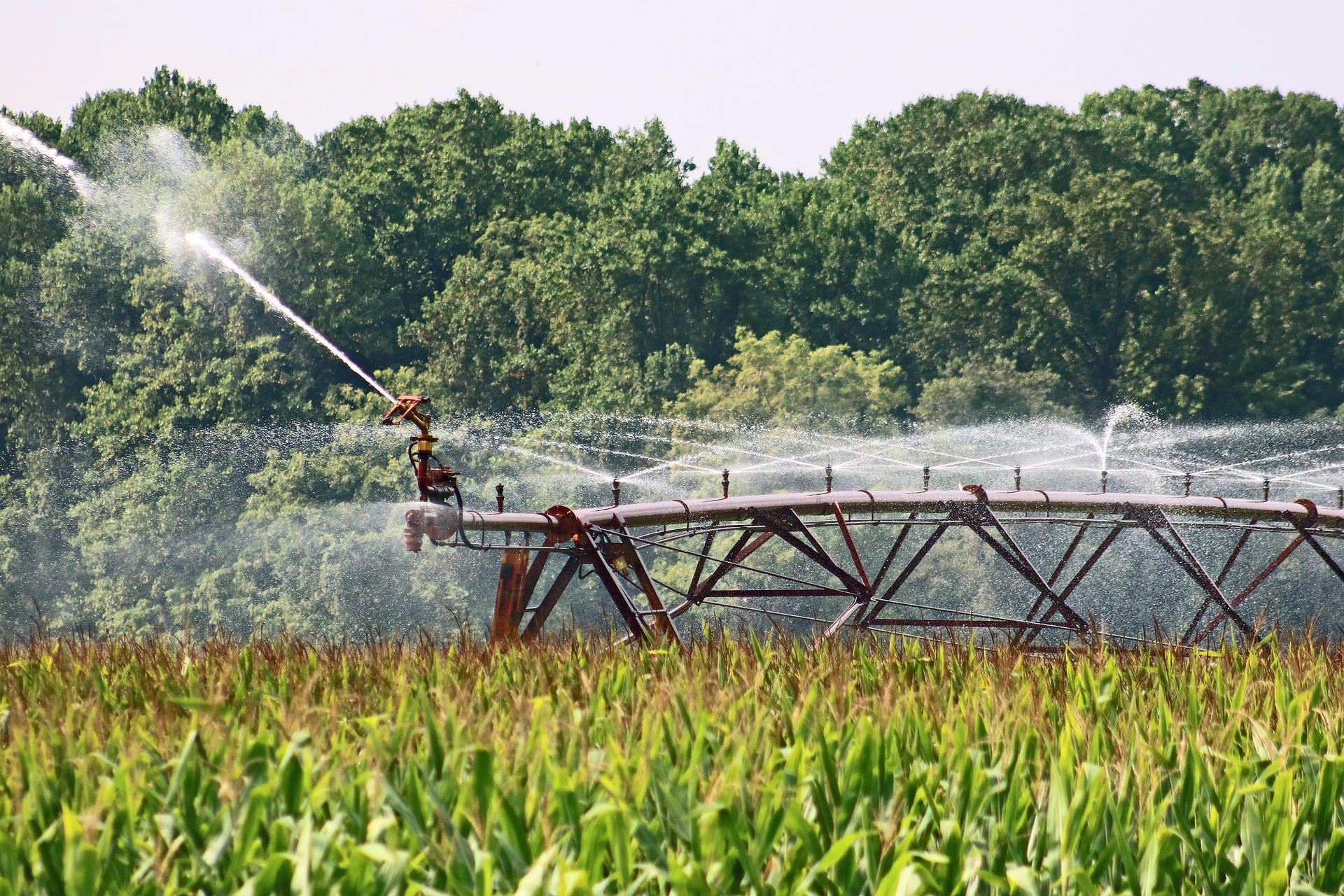 Climate change has manifest itself in many ways around the world, from record summer extreme temperatures, to the melting of the polar icecaps and glaciers, leading to sea level rises, which in turn threatens coastal cities and is leading to the disappearance of islands in the Pacific and Indian Oceans like Kiribita (Gabbatiss, 2018) and the Maldives (Union of Concerned Scientists). With the melting of glaciers world-wide, ice shelves in Antarctica, ice in the Arctic and Greenland, it has been estimated that sea levels will rise by a metre over the next 100 years (Science Daily). Countries like the Netherlands, which is already mostly below sea level, will be profoundly affected (Dutch Review). There are now more extremes in weather from increased storm/hurricane activity, like Katrina and more recently Dorian (Wikipedia) which hit the Bahamas in the Gulf (Wikipedia), and Cyclones Funso (Wikipedia) and Idai which hit Mozambique in 2012 and 2019 respectively (BBC News, 2019) and flash floods in the UK at Boscastle in 2004 (Wikipedia) and the Thames Valley (BBC News) for instance. In 2010, Hurricane Sandy hit New York and flooded the Manhattan Financial District and cost the city $19 billion in damages (Dutch Review). We know that some natural weather patterns have cycles linked to solar activity of varying length from El Nino every eleven or so years to cycles of thousands of years (Milankovitch Cycles) such as the mini-Ice Age of the 1700’s and that El Nino is usually associated with drought (Astronomy Now). However, more recently global warming is hitting areas that are not normally affected by drought, such as the Arctic, which has recently had outbreaks of fires in Sweden (The Guardian), Alaska, Canada and Siberia (BBC News). As mankind destroys forested areas, the water cycle is directly affected; deforestation in the Amazon has led to drought in Brazil, for instance (Wikipedia). Deforestation in the Amazon has also been linked with reduced rainfall in southern Brazil as the forest acts like a sponge absorbing and re-releasing water vapour back into the atmosphere. With little cover, the soil surface heat rapidly, cracks and gets washed away. As 72% of Brazil’s water is used for irrigation, compared to 9% for urban consumption, water availability is inter-linked with crop production, so that the 2014-2015 drought affected coffee prices by 50% and soy production by 17% (Wikipedia). Furthermore, as 70% of Brazil’s electricity is generated through hydro-power, the drought led to power cuts, increased prices and more CO2 production as fossil fuels were used to generate the shortfall.

Water has no substitute and is necessary for life on earth, it has become a resource for conflict as it becomes scarcer with desertification. The United Nations Sustainable Goal No 6 on clean water and sanitation has stated that presently there are 2 billion people living with a reduced risk of access to clean water and that by 2050 one in four people will be living in countries with chronic or reduced water shortages (UN). Areas such as sub-Saharan Africa, Arabia and Australia are particularly vulnerable, as fresh water remains the most vital single commodity for life, from food production, energy generation, manufacturing, human health and social development to economic modernization (National Interest). Population pressure and the reduction in available water, both surface and underground in many parts of the world, coupled with more unpredictability with changing weather patterns has brought to the fore water as a geopolitical resource. Water stress leads to instability and conflict. Syria is an example as it had a drought between 2006 and 2010 which displaced people (as it did in Dofur) and led to conflict, with ISIS controlling water access at pipelines, dams, canals and reservoirs. Now in the Yemen water is playing a geopolitical role, as is Kashmir, which has water and is disputed between India and Pakistan.

Water also occurs below the ground in aquifers. In China the North China Plain aquifer has been tapped in to in order to supply the more than 20 million people in Beijing with water and for agriculture, but this is unsustainable. This is also happening in other water stressed areas such as the High Plains and Ogallala Aquifer in the US and as a result, the land sinks, like the Central Valley California, Shanghai and Mexico City (National Geographic, 2016). In Saudi Arabia underground water has been pumped up to irrigate crops such as grains, fruits and vegetables to feed their growing populations, but this is unsustainable (Vox). The Arabian Aquifer System supports 60 million people in Saudi Arabia and Yemen and unrest in Yemen is rooted in water shortages; they experienced water riots in 2009. Jordan is totally reliant on its aquifers for all its water requirements. Perth, Australia gets its drinking water from an underground aquifer, which is getting depleted, but is now getting renewed with desalinated water. The aquifers in California, which supply water for crops like citrus, grapes and almonds, are so depleted that pumping is now being restricted (National Geographic, 2014). The Indus Basin Aquifer supplies millions of people with water in India and Pakistan and is the second most threatened water source on earth. The source of this water is from glaciers in the Himalayas, which release water slowly, but with glacial retreating this seasonal source is getting lost, which will put millions of people at risk. Droughts in Africa tend to be seasonal to El Nino related, but earlier this year Cape Town started running out of water threatening millions of people around the Cape Flats (The Independent).

What can we do? People often say, that’s is all well and good but as an individual, I can’t do much. The truth is that at a local level and even at regional and national levels we can all make a collective difference. Firstly, we can reduce water wastage as it takes a lot of energy to pump, heat and treat water, so shorter showers and turning off the taps while brushing teeth all add up. In the US, the collection, distribution and treatment of water and waste water uses vast amounts of energy and releases around 52 billion kilos of CO2 per annum, which is the equivalent of 10 million cars! (NRDC Water Facts). The US Environmental Protection Agency (EPA) have estimated that if just one of every hundred American homes were to be fitted with new water efficient fixtures, around 100 million kilowatt hours of electricity per annum could be saved, which would avoid 80000 tons of global warming pollution. In Japan the toilet-basin and urinal-basin combination are used as space and water saving innovations whereby the basin is located above the toilet or urinal so that you can flush with used rather than clean water (Japan Info). The amount of water per flush varies between 10 and 20 litres depending on age and design, so incorporating a toilet-basin combination can save the average household a considerable amount of water over a year. Water is the largest user of electricity in Scotland (energy savings trust), but in mitigation, Scottish Water is now installing generators in line so that electricity can get regenerated as it gets used (BBC News) and are using pumped storage during off peak times (Scotland’s Renewable Energy Guide; Living water). Scotland now has 10 hydro-turbines which is currently generating 7% of the energy used, and with another 23 hydros in development, this figure will increase proportionately (Case study). During the recent drought in the Cape, South Africa, Capetonians were limited to 70 litres per person per day. Here in Britain it has been estimated that we each use around 153 to 330 litres a day (The Independent; U-Switch; energy savings trust), so by using less water we can save an incredible amount of energy. The careful usage and recycling of water in desert areas is a lesson to us living in wetter areas of the world where water tends to taken for granted and wasted. In Namibia, which has one of the oldest and driest deserts in the world, the Namib, its capital Windhoek recycles all its water and some is even exported in the form of Windhoek lager (Kings, 2016)! Israel is another good example of how to manage a scarce resource like water, where around 90% of its waste water is recycled (Fluence). Using drip irrigation Israel produces and exports a wide range of fruit and vegetables mainly from the Mehadrin, such as Galia melons, loquats, orangetti squash, pomelits, pomagranates, avocados and Jaffa oranges (Israel 21c). Here in Scotland, the Findhorn Foundation recycles all its waste water through its Living Machine Project which was funded by the EU. Here sewerage is treated with bacteria and living water plants which absorb nutrients so that the end-product is clean enough to drink (Wikipedia).

Sports like golf can require large water resources, especially if they are situated in dry countries like Spain and Portugal to keep the freeways and greens in good condition. In the US alone over 2 billion gallons of water per day are pumped on to golf courses to keep them green (Inside Science), and critics state that this amount of water could be best used to grow crops more sustainably. But strides have been made to reduce water usage for golf by using certain hardier species of grass and utilising waste water from sewage plants. And here in Scotland, a comparatively wet country, organisations like the Links Trust are making enormous strides to make golf more sustainable through minimum irrigation and chemical use, the use of diverse grass species and composting grass cuttings (Links Trust).

We know the Romans grew grapes in Britain two millenia ago, and now the climate has changed enough for wineries to expand in Sussex, Kent and Wales (Wikipedia). The chalky soils of the Downs are ideal for the making of quality white and sparkling wines, so that this can be viewed as a positive as grapes are hardier to drought than many cereal crops and although yield similar yields per acre, their added value is much higher than fresh grapes when converted to wine. We must and will adapt to our changing climate patterns which affect the hydrological cycle, by looking at new approaches to these challenges. One thing is for sure, our planet will certainly look and feel different a hundred years from now. How we adapt to these changes is up to us and the politicians we vote in.

Gabbatiss, J. 2018. Damage to infrastructure and contamination of fresh water will mean that people will no longer live in low-lying coral atolls. https://www.independent.co.uk/environment/islands-sea-level-rise-flooding-uninhabitable-climate-change-maldives-seychelles-hawaii-a8321876.html GEO Foundation. https://sustainableglf/directory/148_st_andrews_links/verifiers-report/69 Inside Science. https://www.insidescience.org/news/face-drought-golf-tries-reduce-water-use

National Geographic (2016). What you need to know about the world’s water wars. https://www.nationalgeographic.com/news/2016/07/world-aquifers-water-wars/