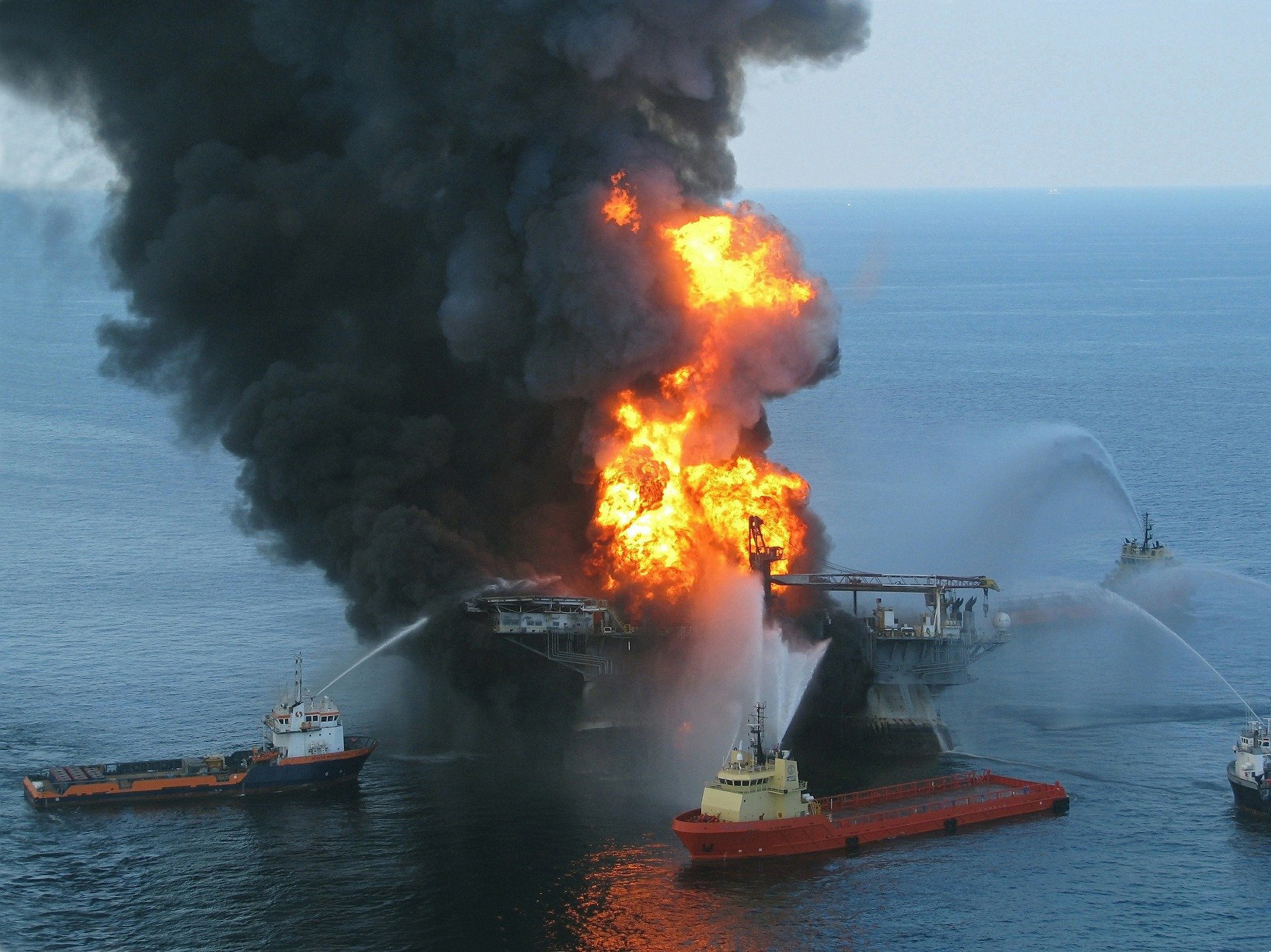 Scotland is famed for many things which include golf, castles, grouse moors, salmon, whisky, clans, haggis, tartan, bagpipes, green energy and, yes, oil and gas. All of these contribute to the national economy in a variety of ways, but with the Climate Emergency, the last two mentioned, oil and gas, are coming under the spotlight more critically. From the 1800’s Scotland’s coal industry was extremely important, and powered the Industrial Revolution, but suffered after the Thatcher closures in the 1970’s. Norway, which shares the North Sea oil/gas fields with Scotland, has used their oil and gas bonanza to good advantage as Statoil is largely state-owned resulting in most of these earnings having been invested in the sovereign wealth fund which is now worth 10 Trillions of dollars, (Offshore Energy Today), unlike their UK counterparts which are private and have squandered this bounty on bloated CEO salaries and bonuses, which do not benefit the country at all, as most oil companies are foreign registered and owned, paying low, if any taxes. But now, in 2020, when the country is investing in green energy, it should equally be disinvesting in carbon-based fuels.

No such luck. In fact, Scotland has plans to expand its oil and gas industry, which will quadruple emissions and exceed the carbon emissions saved from the coal phase out (The Herald, December 6, 2019). Worse still this is being subsidised by the government as this is still an important economic sector estimated to be worth £24.8 billion in 2018 and supporting 100000 jobs. Last year Scotland increased its oil production by 4.6% to 77.2m tonnes, which accounted for 82% of the UK’s total output. Over one trillion pounds will be invested by companies in shale, offshore gas and oil over the next five years, the products of which would release a massive 148 gigatonnes of CO2 into the atmosphere, the equivalent of 1200 new coal-fired power stations (Naysmith, 2019). Countries like New Zealand, Denmark, Costa Rica and France, by contrast, have been applying partial or full licensing bans to prevent fossil fuel expansion in line with the Paris Agreement. This expansion into fossil fuels is counter-intuitive as Scotland has one of the most ambitious targets in the world; to reach zero emissions by 2045 to replace the current target of 80% reduction in comparison with the 1990 levels, five years before the rest of the UK (Edie). This is typical politics, to say one thing and do another ie. to say how green we are, then support the expansion of non-sustainable energy sources and, to boot, subsidise them for short term gain, income, jobs and votes! The thing is that Scotland is already a leader in renewable energy, with advances in offshore wind, land-based wind, solar, wave and hydro-electricity and in 2017 produced 68% of its energy from renewables (Dalton, 2018), so why not retrain and absorb many of these 100000 oil and gas jobs into renewables, in a phased way at least? For example, a good friend of mine from Aberdeen, who worked in the oil industry for many years switched a couple of years ago to working for a Danish wind turbine company. The renewable energy sector in Scotland already employs 17,700 people with a turnover of £5.5 billion in 2017 and is ready to expand as the expertise gained in this industry is in big demand globally from China to Mozambique (Scottish Renewables).

According to a coalition of environmental charities (Global Gas and Oil, Network, GGON) this news completely undermines the fact that Scotland is a leader against climate change (Naysmith, 2019). The Global Witness has called for a phasing out of all subsidies and tax breaks for oil and gas expansion in line with the agreed Intergovernmental Panel on Climate Change (IPCC) 1.5 degree Celsius limit to global warming. In 2017, the UK was spending around 356 million a year on coal subsidies (New Scientist, 2017), while the UK has the highest fossil fuel subsidies in the EU (Carrington, 2019). During the same year, fossil fuel subsidies globally were in excess of $300 billion, compared to around $270 during 2016 (Giving Compass; International Energy Agency). This is now estimated at $370 billion compared to just $100 billion p.a. for renewables (IISD, International Institute for Sustainable Development; Carrington, 2019). European countries also spend billions on fossil fuel subsidies (Harvey, 2017). However, now even Norway’s sovereign wealth fund is ready to divest out of oil and gas (BBC News). The UN General Secretary Antonio Gutteres stated at a meeting in Vienna last year that fossil fuel subsidies should come to an end. In other words, despite the Climate Emergency, governments around the world are still investing vast and increasing amounts of tax payers money on exploiting unsustainable fossil fuels, while sustainable sources have to, and are, viable without subsidies. If merely 10% of these subsides was spent on renewables, it would catalyse a green revolution in energy production (Carrington, 2019). Coal, oil and gas get more than $370bn (£305bn) a year in support, compared with $100bn for renewables, the International Institute for Sustainable Development (IISD) report found. The International Monetary Fund (IMF) has calculated that, if the costs of burning hydrocarbons on human health is added to the mix, then the total cost of these fossil fuel subsidies rose to a staggering $5.2 trillion in 2017, or $10 million a minute (Carrington, 2015)! Ending the subsidies would cut global emissions by about a quarter, the IMF estimates, and halve the number of early deaths from fossil fuel air pollution. One wonders why an intelligent species such as man, Homo sapiens (thinking man) could base a whole world economy around a finite, ever-depleting resource, a scenario which has been investigated by Roberts (2005) in his book, ‘The end of Oil’ and by Mombiot in ‘Peak Oil’ (see also Leggert, 2012; Hinckley, 2015).

For the moment, the Scottish economy is still dependant on fossil fuels, with Scottish oil and gas worth £20 billion during 2017 and 2018 (Scottish Government, 2018). However, the clock is ticking away and we should be investing more in a circular economy which benefit local folk in a green and sustainable way. Solar energy prices are no longer dependent on subsidies (Edie, 20015), and remain ever more competitive, while wind is also heading that way (Energy Voice, 2018). Here in Fife hydrogen is already being produced at Energy Park, Leven from excess wind turbine electricity and could be used to power our fleets of buses as is happening in Shangdong Province, China, where 2000 hydrogen and fuel cell buses are being introduced (Energy Live News, 2018). Even Saudi Arabia is looking towards getting away from an oil-based economy and investing in both wind and solar (Kabbara, M., 2018). And then there is the huge potential of harvesting wave and tidal energy along our west coast, which enormous (Neill et al., 2017). These authors recently concluded that Scotland could generate a significant portion of its energy from its marine resources as there are already seven leased wave sites and 17 leased tidal energy sites in place. One thing is for sure, the energy mix of Scotland will be decidedly different at the end of this new decade. Instability in the Middle East is already affecting fuel prices which would tip over the threshold and make green energy much cheaper and more sustainable. It has to. The future of the Blue Planet is at stake.

Carrington, D., 2019. UK has biggest fossil fuel subsidies in the EU, finds commission. Subsidies for coal, oil and gas are not falling despite EU pledges to tackle climate change. https://www.theguardian.com/environment/2019/jan/23/uk-has-biggest-fossil-fuel-subsidies-in-the-eu-finds-commission

Giving Compass, 2019. We need to move away from fossil fuel subsidies. https://www.givingcompass.org/article/we-need-to-move-away-from-fossil-fuel-subsidies/

Leggert, J., 2012. Monbiot says he was wrong on peak oil but the crisis is undeniable. Many within the fossil fuel industry are sounding alarms. Society ignores such warnings – and listens to potential bubble-backers like Monbiot – at its peril. https://www.theguardian.com/environment/blog/2012/jul/04/monbiot-wrong-peak-oil

Roberts, P., 2005. The End of Oil: the decline of the petroleum economy and the rise of a new energy order. https://www.amazon.co.uk/End-Oil-Decline-Petroleum-Economy/dp/0747570817