What to eat in Spring 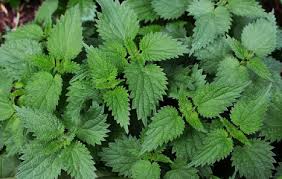 Edible Campus volunteer Isabelle Low writes: as I posted last month, we are now into the hungry months when locally sourced fresh veg is hard to come by.

So let me introduce you to the new growth in my herb garden: chervil, which springs up far ahead of parsley and can be used instead. And lovage which tastes a bit like celery so can be used a lot in soup. I’m cropping them both daily to add flavour to what I cook.

Another option is alas also in my garden (and widely available somewhere near you): nettles. Here are a few ideas for using them.

Pick over the nettles, wash them thoroughly and discard the tougher stalks. Melt the butter in a large pan over medium-low heat, add the onion, leek, celery and garlic, cover and sweat gently for 10 minutes, stirring a few times, until soft but not brown. Add the rice and stock, bring to a simmer and cook for 10 minutes. Add the nettles, stirring them into the stock as they wilt, and simmer for five minutes or so, until the rice and the nettles are tender (very young nettle tops will need only two to three minutes). Season with plenty of salt and pepper. Purée the soup in two batches and serve.

Boil the nettles until just tender and wilted, press out the water in a sieve. Chop finely and mix in the seasoning, cheese and beaten eggs. Form the mixture into cakes and coat with the breadcrumbs. Fry until golden and serve with a sharp sauce (eg horseradish or tartare).